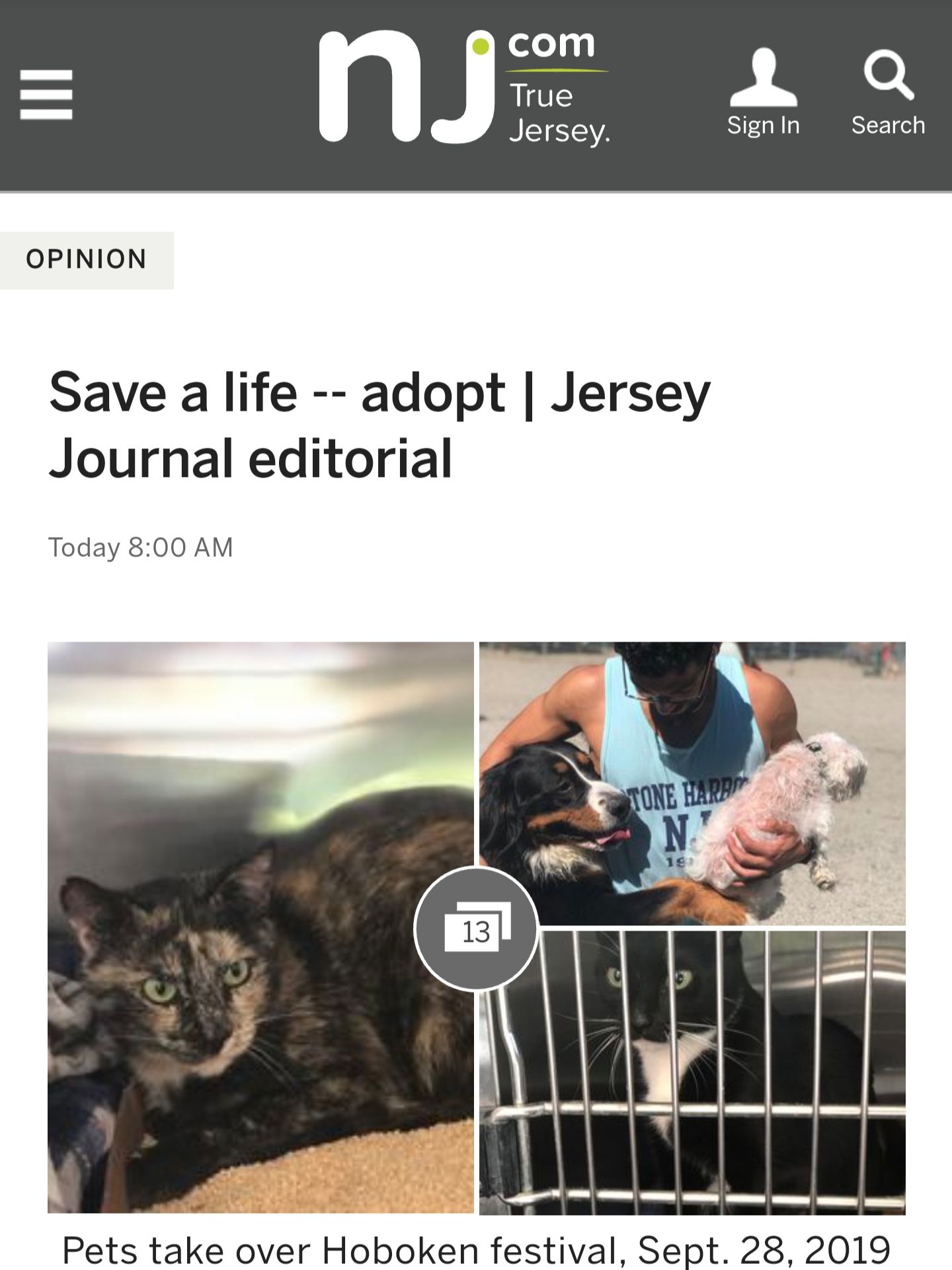 Bark in the Park: Saving lives by finding ‘furever’ homes

"Dozens of dogs and cats took over Church Square Park on Saturday for the annual Bark in the Park event, Hudson County’s largest pet festival. But the festivity wasn’t just for pooches and felines who already have homes. Some were there looking for one too." 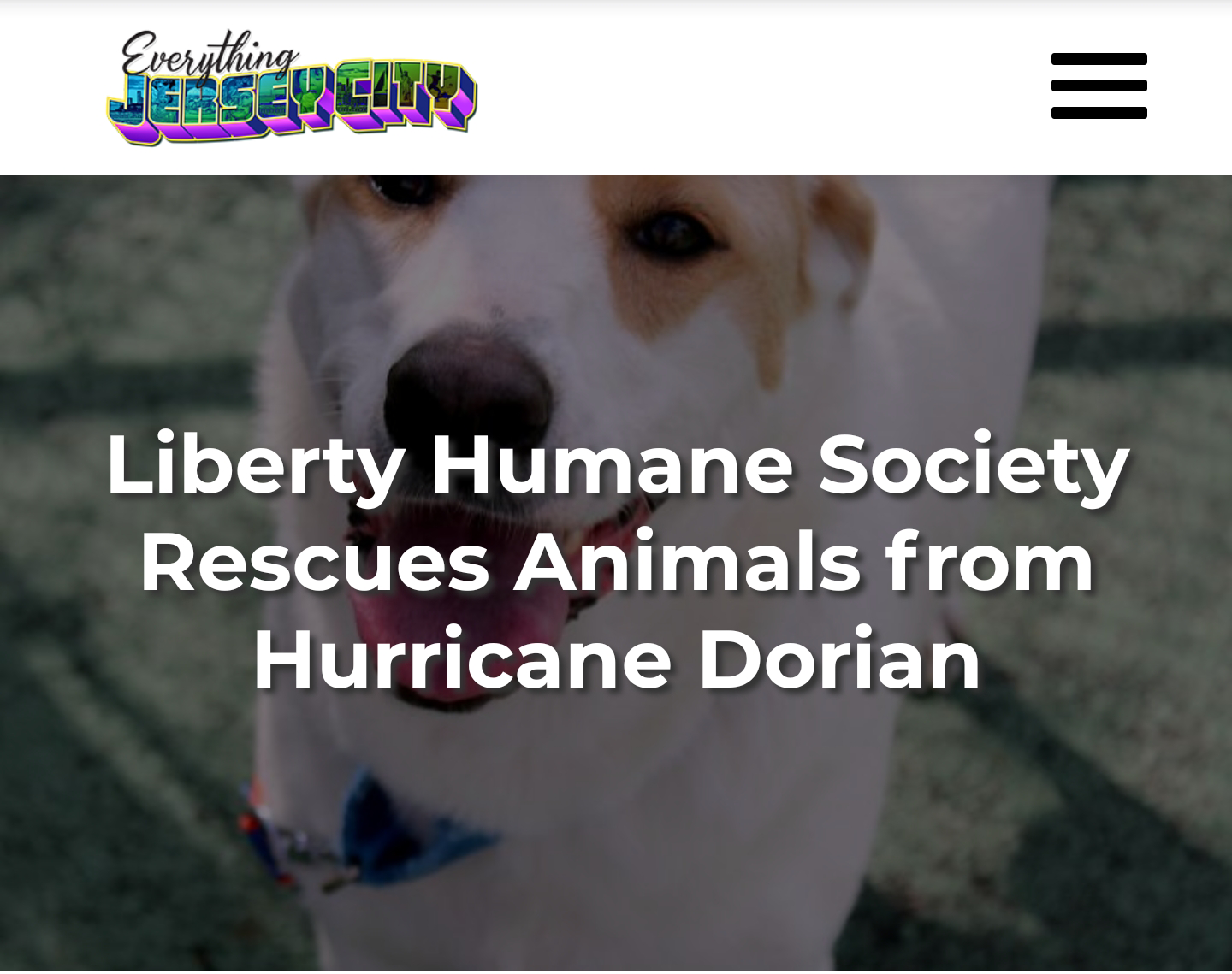 "In advance of Dorian, LHS partnered with the Best Friends Animal Society to coordinate the safe transfer of animals from shelters in areas expected to be hit hard by the storm. A team of one staff member and one volunteer traveled to Georgetown, Delaware where they met and continued the transportation of 15 displaced animals – 13 cats and two dogs – back to their Jersey City location." 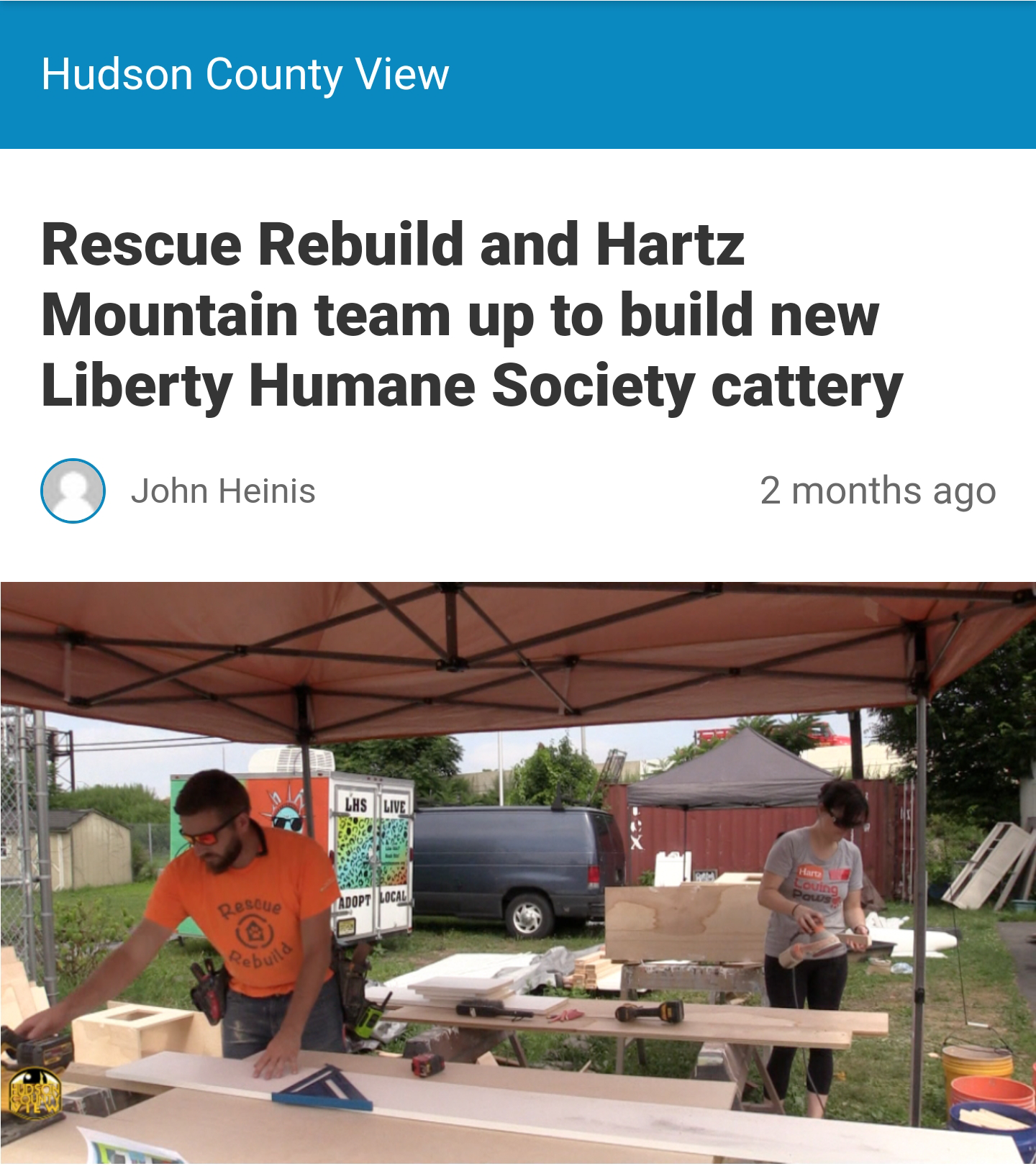 "The team of volunteers, which included dozens of people from both Hartz and Rescue Rebuild, are working on making five cat rooms, also known as a cattery, on the second floor of the shelter."