UPDATE 2/9/2016: Braveheart and Faithful are ready to find a home together!

UPDATE 2/1/2016: Braveheart has come back from the vet and is reunited with Faithful!

In the days leading up to Winter Storm Jonas, two stray dogs were spotted in Liberty State Park. Park Police partnered with Jersey City Animal Control to attempt capture, but the dogs eluded them by running deeper into the park.

The day before the storm, they were seen again. While Animal Control officers tried to collar the frightened dogs, one of them lunged. In self-defense an officer opened fire and shot one of the dogs. The two managed to escape back into the park. Traps were set overnight and the snow started falling.

By morning more than 20 inches had accumulated. Animal Control officers trudged all over Liberty State Park in search of the dogs. Finally they were found mid-day, huddled together in the same trap. 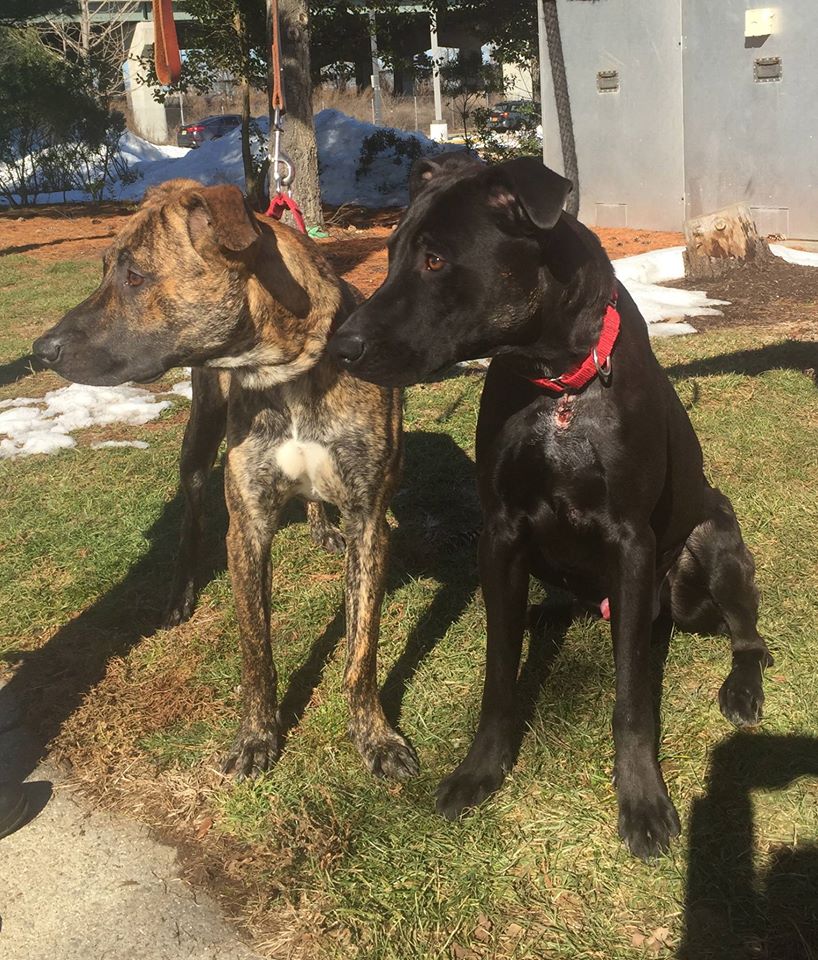 They were brought to the shelter and Braveheart, the dog that had been shot, was immediately taken to a veterinarian for surgery. His companion Faithful was forced to stay behind without him, and cried almost ceaselessly for his absent friend.

The next week and a half was difficult for Faithful at the shelter, but LHS staff recognized that he had undergone extensive training and made sure to keep him exercised and engaged. Meanwhile, Braveheart successfully underwent surgery and was the perfect patient – docile and calm for the vet and staff. He quickly recovered and was brought back to the shelter where he reunited with Faithful.

Seeing the two together, it is quickly apparent that Braveheart and Faithful are deeply bonded and possibly litter-mates. They have been assessed and are now cleared for adoption. It is our hope to see them adopted together into one home. If you feel that you can give these two the loving home they deserve, please fill out our adoption application. 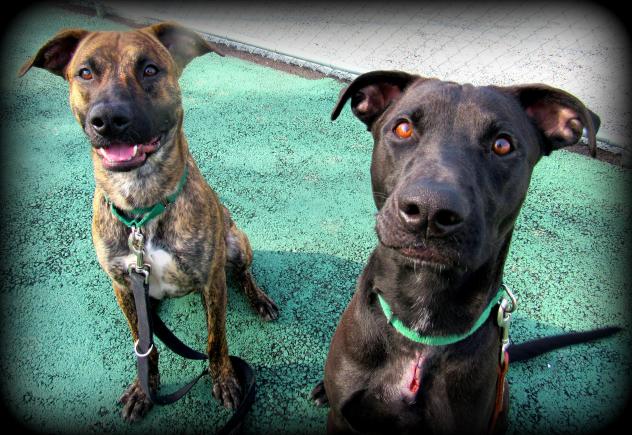 Thanks to supporters and donors like you, LHS is able to provide the care and treatment that give animals like Braveheart and Faithful a chance. You can read and watch more media coverage of this remarkable pair: