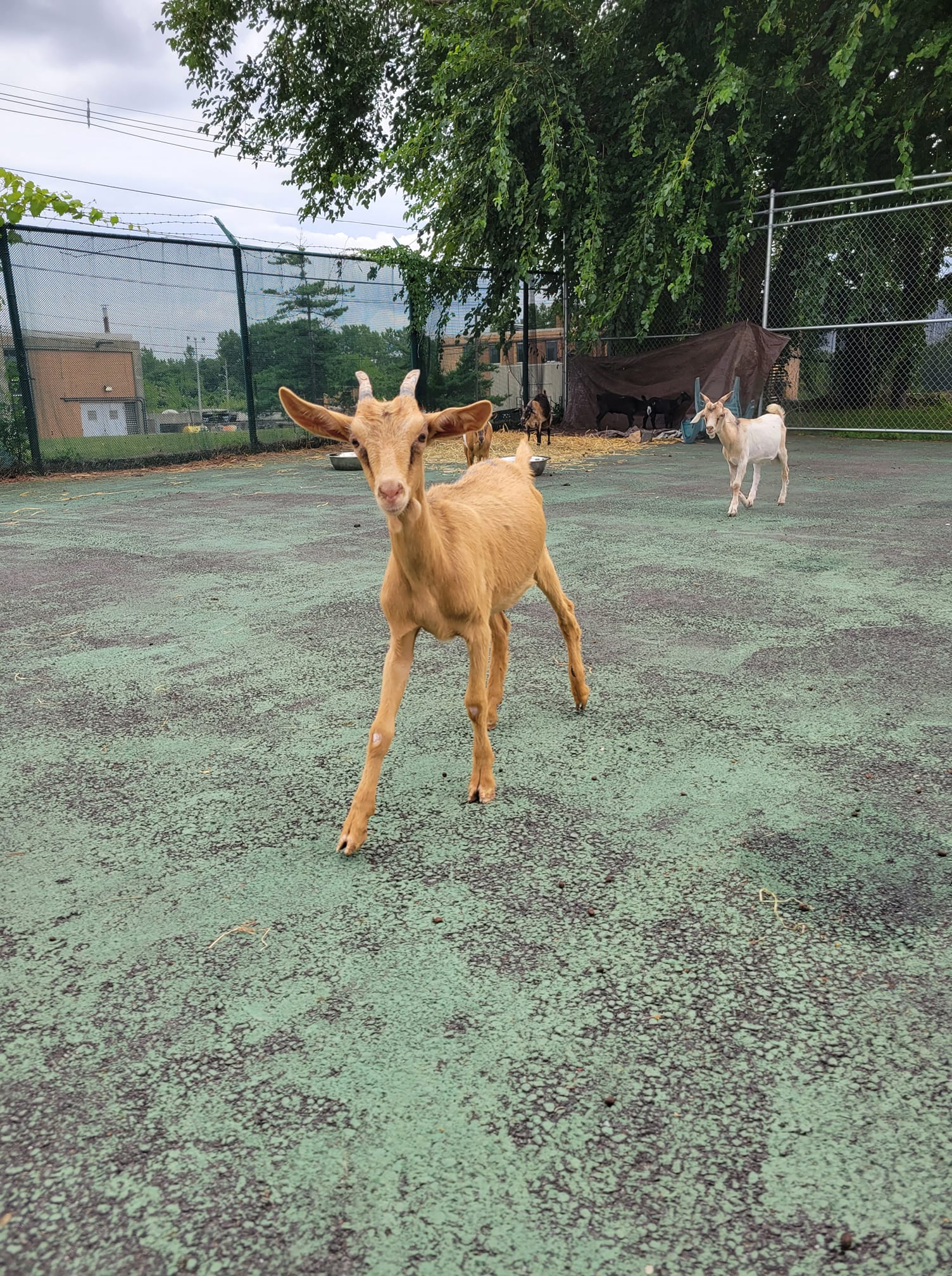 When the Animal Response Team phone rings, there’s no telling what may be waiting on the other line. In the case of a call that came in late August, it was a whole animal menagerie including seven goats, ten pigeons, a duck, a rooster, and a box turtle.

The call came from police on the scene of a potential animal cruelty action that required immediate intervention to remove multiple animals from a dangerous situation. Though these calls are not necessarily uncommon in the world of animal sheltering and social services, they do provide a unique logistical challenge for staff who are faced with two diverging paths: seized animals vs surrendered animals.

Animals who are seized often have to be held for lengthy periods of time until their legal case is resolved – a devastating outcome for both these creatures and the facility required to house them. A better outcome is when shelters are able to work with police and prosecutors to negotiate a surrender of these animals by their legal owner – allowing LHS to find placement for them immediately. Thankfully, in this case, LHS was able to work with our municipal partners to get the animals surrendered so we could immediately go to work.

“Police investigations that also involve animals on-scene are very difficult to navigate, especially if they involve allegations of animal cruelty or neglect,” said Irene Borngraeber, LHS’ executive director. “Getting all agencies on the same page is challenging– it’s not just ‘what do we do?’ it’s often ‘what can we do?’ In this case, we were grateful to work with our police and health departments to get these animals surrendered and into permanent placements very quickly. That was a big win for the animals.”

With the animals officially surrendered, staff jumped on the phones to community supporters and partner organizations to work on getting this posse of goats out of the dog run and into new homes! We were able to work quickly and relocate the goats to shelters in New Jersey where they will spend their lives in happy and healthy surroundings. The other animals were also placed in rescues, fosters, or adopted out to loving families who will make sure they are well looked after.

Though goats, ducks, pigeons, roosters, and box turtles aren’t a daily occurrence at LHS, our team responded with the same compassion, empathy, and respect we show all animals that come into our care. And thanks to our strong community relationships as well as our ability to influence and work with municipal partners, this story has a happy ending.

Now, we wait to see what adventures the next phone call will bring...

A version of this article appeared in LHS' newsletter The Dispatch. Click here to sign-up to receive The Dispatch.